At the heart and soul of Tangle Teezer is Shaun P, our founder and inventor. Long before his ‘lightbulb’ moment that changed everything, Shaun gained 30 years’ experience as a top colourist at some of the best salons in the world. He’s got more stories than we’ve got space to type! Here’s just a very short extract.

Shaun always knew he had creative flair. After trips to the hairdressers with his mum as a teen, he fell in love with the buzz of the salon environment and knew the path he had to follow.

After applying for and being turned down for a college apprenticeship – Shaun didn’t give up and instead got an apprenticeship at a well-established salon in Grimsby called Glenby International. With a huge emphasis on education and amazing talent to learn from, Shaun’s imagination was captured, and decided that to progress he needed to think bigger. He made the move to Manchester to continue his training.

Manchester brought highs and lows, from top salons where he perfected perming and colour techniques to being a little unreliable with time-keeping and getting sacked for turning up late. A lesson learnt - don’t oversleep and get to work on time! Once back in the game he excelled at colouring and secured a job as a colouring specialist.

It was an ad in the back of Hairdressers Journal that first brought Shaun to London, and more specifically, to the prestigious Vidal Sassoon academy.

He hopped on the National Express from Manchester to London for his interview. Arriving at Brook Street with about 50 other hairdressing hopefuls, he was advised to sit at the front and ask a question, no matter what it was.

Annie Humphries, a Sassoon legend, spotted Shaun’s talent, and after a very successful test (three tints, a perm and a set of foil highlights in the busy Sloane Square salon where the cast of Bugsy Malone were getting hair-ready for their west end show) she signed him up to a six month training scheme for existing colourists, working in the salon by day with three nights of training per week.

Shaun learnt much at the academy. It had great creative energy and Annie was a real stickler for perfection. Despite being asked to do things, “again”, “again”, and “again” he passed with flying colours (pun intended) in three months and started a career at their Sloane Square salon.

Celebrity clients became Shaun’s regulars and over 16 years he grew with Sassoon and travelled with them to America. Here he led colour departments in New York, also teaching beauty school in LA and Boston.

Shaun always says that before Sassoon, he gave clients the best he could, but after Sassoon he gave them the best for them!

Feeling a little homesick and ready for a change, Shaun returned to London and continued to work as a top colour technician at high-end salons. He cut his time down to four days a week and wrote a book called I Wanna be Blonde inspired by living and working in LA – the blondest city in town. During this time, Shaun also started researching at the British Library and learning more for his big idea.

The attention to detail he’d learned in the Sassoon days held true, and he decided to manufacture in the UK to be close to production. After an unsuccessful first attempt, he picked up the Yellow Pages and found a factory looking for start-up businesses to work with. Perfect!

A HAIRBRUSH WAS BORN

Once Shaun’s equation for the brush was interpreted and the prototype was almost there, Shaun read a piece of advice by an American entrepreneur, “If it works, get it out there and tweak it later’, so he did, and The Original was born.

But what about the brand name? Well, that was literally a stroke of genius. He was colouring a lady’s hair who also happened to be a branding expert. The name Tangle Teaser popped into his head, and she suggested the Teezer spelling. He loved it, and never looked back.

Armed with a name and his all-important patents, he resigned and launched Tangle Teezer at a trade show in October 2007. Around the same time, Shaun also got the opportunity to appear on Dragons’ Den. Although the dragons said no, the viewers said yes – it was the best fifteen-minute commercial he could have asked for!

The next steps were to re-mortgage his flat, find a fulfilment centre and really go for it in production. In 2008, he sold 35,000 hairbrushes. Quite an achievement.

It was around this time that he connected with a product designer through an initiative by the British Design Council - they became a team, building on The Original’s success.

BACK TO THE SALON

Almost coming full circle, Shaun’s passion now really lies in education within the salon and teaching stylists about Tangle Teezer hairbrushes and tools that can really transform their clients’ hair.

He wants to inject new enthusiasm and ideas into the environment where he learnt everything he knows.

An inspiring force to be reckoned with, Shaun never stops – so neither do we. 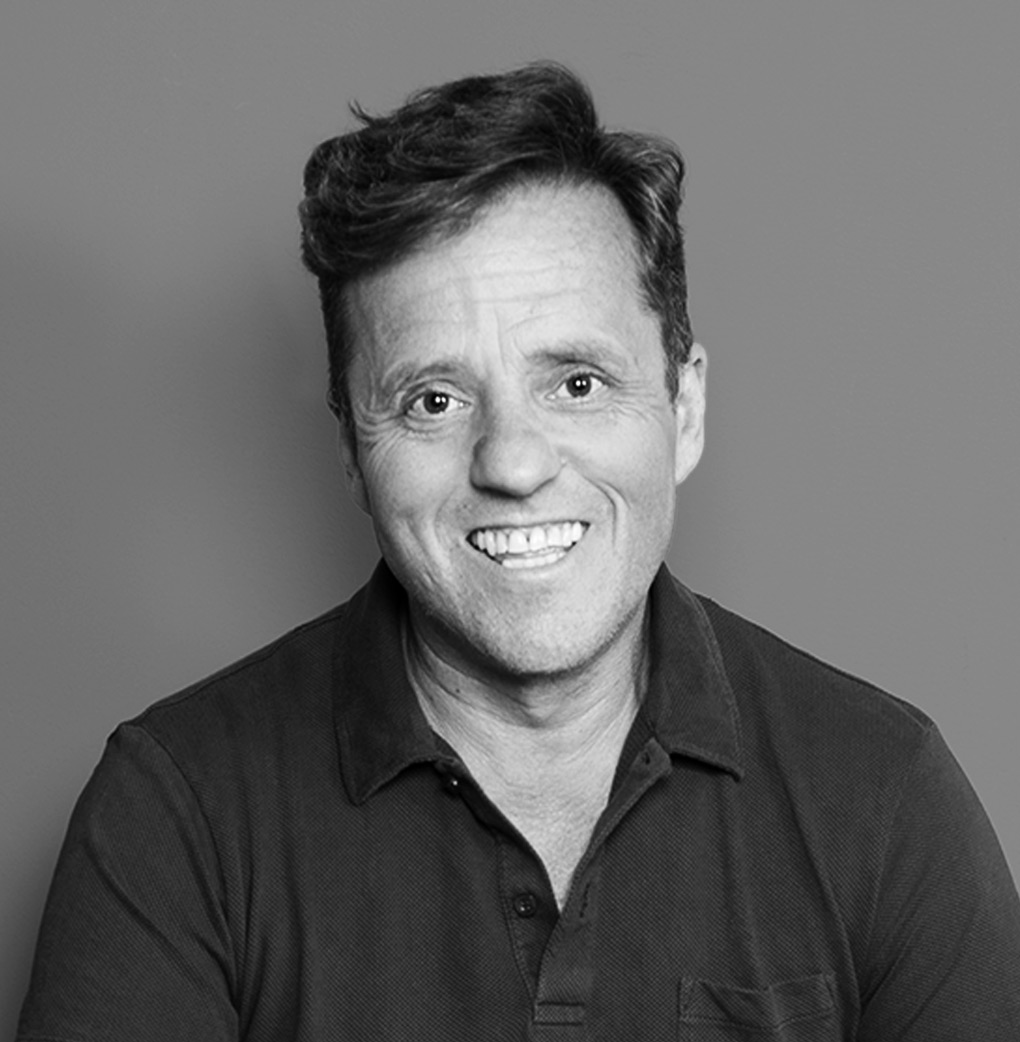