Are mullets cool again? They could well be! It might not be the first style that comes to mind when you think of the most stylish looks in hairstory. But the truth is, there’s more to the mullet than meets the eye - and we’re not just talking about the fact it’s a ‘business at the front, party at the back’ situation... From a symbol of strength to a sign of rebellion, the mullet has a long, rich history that includes bucking trends - and making them. And now, as we enter the era of the ‘mullet renaissance’, we’re talking a look back at mullets through time and learning how you can use your favourite Tangle Teezer to make your mullet marvellous! 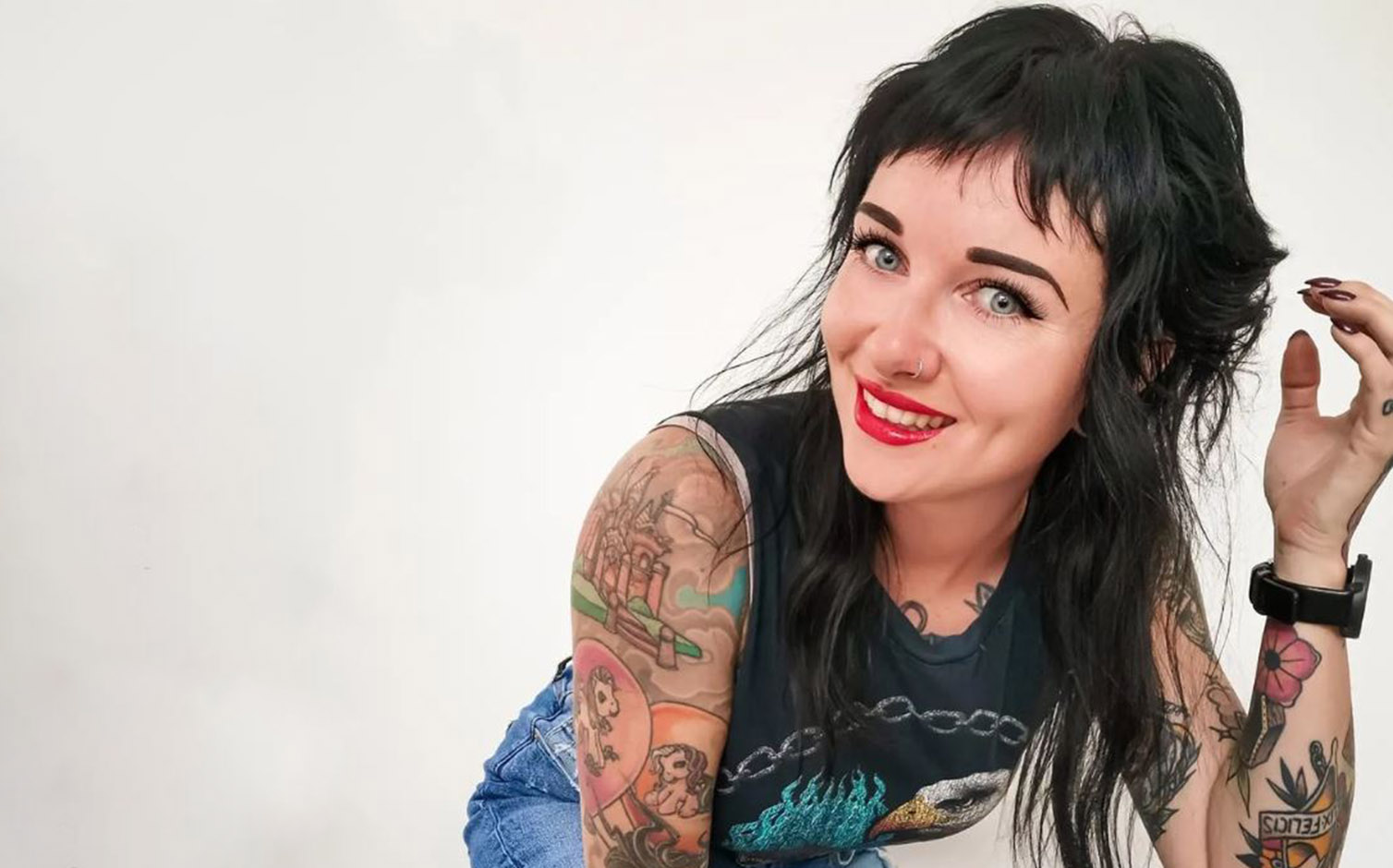 The Ancient Origins of the Mullet

Whilst the mullet wasn’t given its official title until the 1990s (more on that later) the style actually first appeared way back in Ancient Times - so strap yourself in for a history lesson.

Militaries around the world were rocking mullets back in the BCs. From Native American warriors - who used to spice their mullet up with a mohawk - to Romans, Vikings and even Ancient Celts, the mullet went viral long before it became a trending hashtag on TikTok.

Back then the mullet was less of a style statement and more about the practicalities of war. Cropped hair would leave soldiers at risk of getting cold when camping or trekking to their next battlefield, so long hair was the order of the day. However, flowing locks were a bit of a weakness when it came to combat - your hair could end up in your face or worse - get pulled by your enemies. Enter: the mullet. Warriors would wear their hair long at the back, as a kind of ancient neckwarmer, but keep things short and shaved around the face for safety. 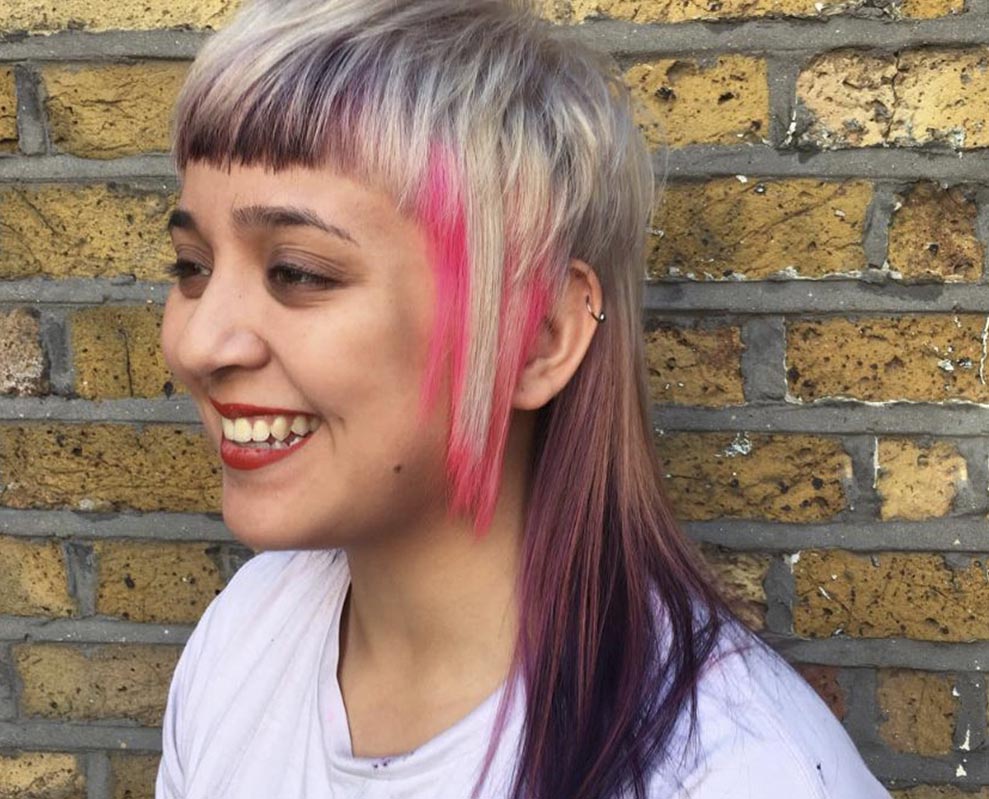 The style became a real emblem of wartime strength and victory, immortalised in statues, paintings and even in literature where Ancient author Homer described a group of Greek spearmen descending on Troy as having “their forelocks cropped, hair grown long at the backs."

Even back then, the mullet became a symbol of political rebellion. In the 6th Century AD, a mullet-like style became popularised within the Byzantine empire, despite it being the trademark look of their enemies, the Huns. Sports hooligans turned anti-government revolutionaries called the “Greens” (named after a chariot racing team) would wear mullets and moustaches - the “Hunnic” styles - directly rebelling against the norm of Byzantine culture. 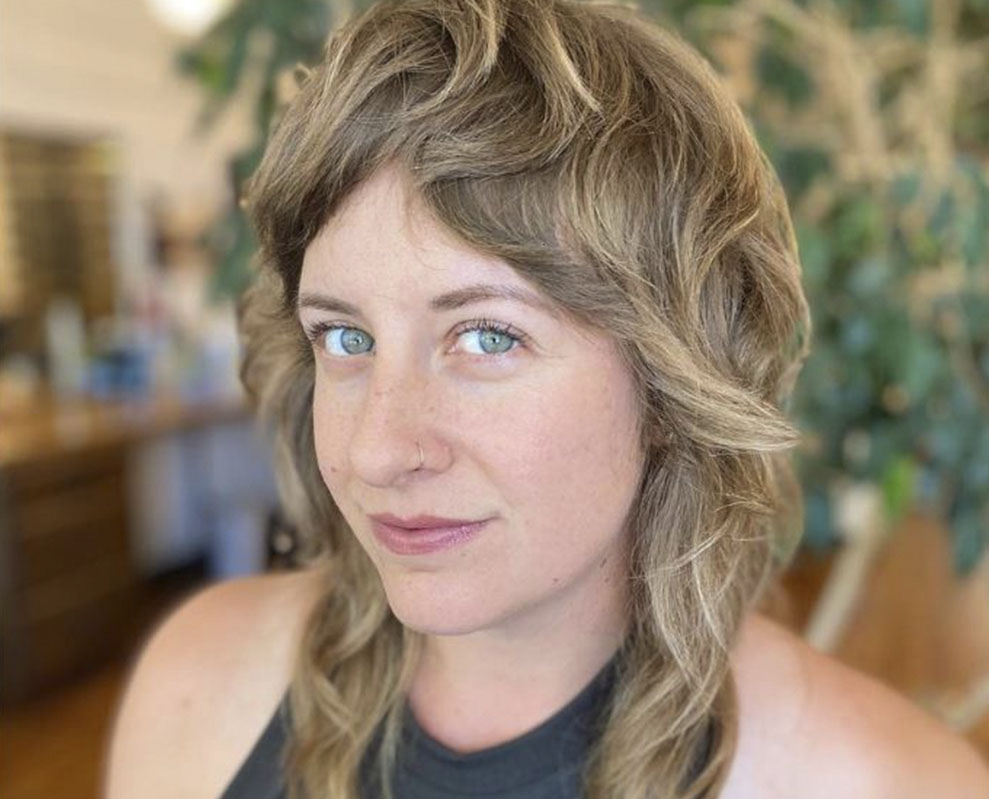 The sense of rebellion conjured up by the mullet is something that has lasted even longer than the Roman empire. In the 19th and 20th centuries, the mullet earned itself a bit of a bad reputation, often used as a derogatory symbol to indicate someone was of low social class and low intelligence - not a haircut befitting of ‘proper gentlemen’ or the wealthy classes.

However, as the rebellious rock and roll era of the sixties and seventies arrived - the mullet became the go-to style for anyone wanting to throw shade at the establishment and buck against conservative trends. From Little Richard to Paul McCartney, the mullet really made its mark on the music scene, becoming associated with both anarchy - and androgyny.

One of the mullet’s most famous - and coolest - fans was David Bowie, whose flowing flame-haired mullet was synonymous with his boundary-breaking Ziggy Stardust Era. Bowie’s blessing made the mullet a style staple of the glam-rock scene with other fans such as Rod Stewart and Keith Richards helping to ensure its place in the rock and roll Hall of Fame. 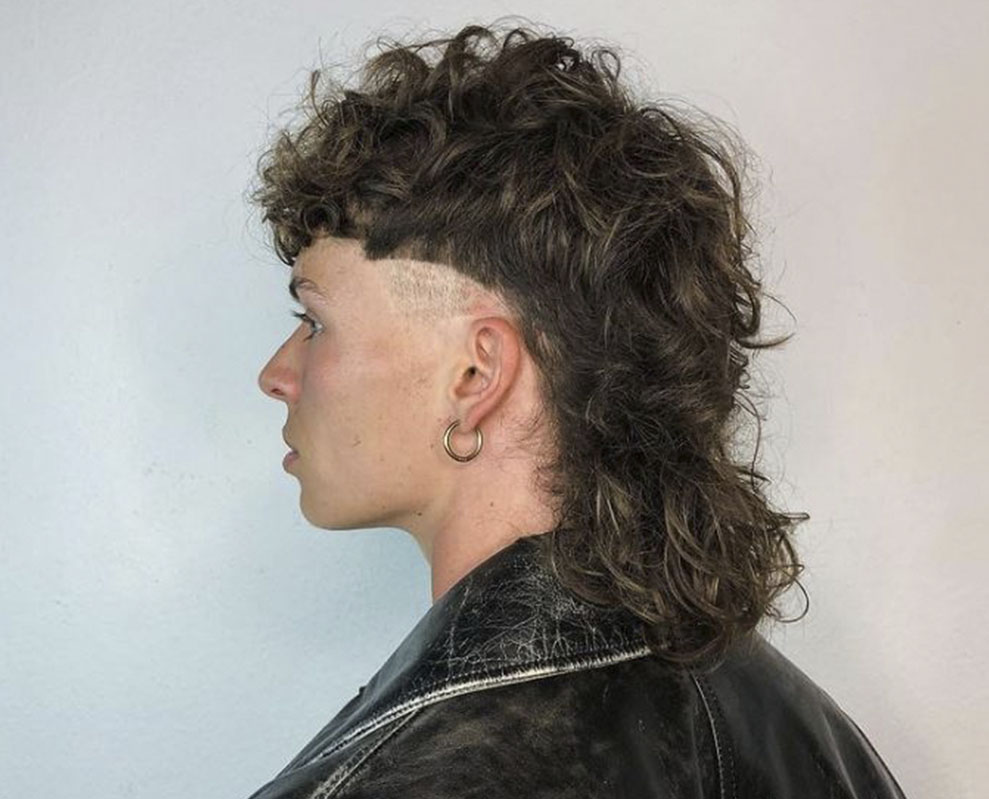 The glory years of the 80s

But as with all trends - what starts in a small, stylish corner will eventually hit the mainstream - and mullets were no different. In the 1980s the mullet (then known commonly as the bi-level)  became an inescapable symbol of everything we loved about the decade - playfulness, flamboyance and fun - with everyone from country singer Billy Ray Cyrus to Hollywood heartthrob Patrick Swayze rocking the look.

Even outside of celebrity circles, everyone was sporting this style -  from businessmen to construction workers. It transcended trends and societal divides - and could be found everywhere from the covers of Vogue to the farms of Kentucky. Of course, the hairstyle changed and evolved as it was adopted by a more diverse group of people. Some went extreme, shaving off everything and leaving just a ponytail, whilst others embraced two trends at once - with a curly permed mullet becoming a staple of Eighties style. 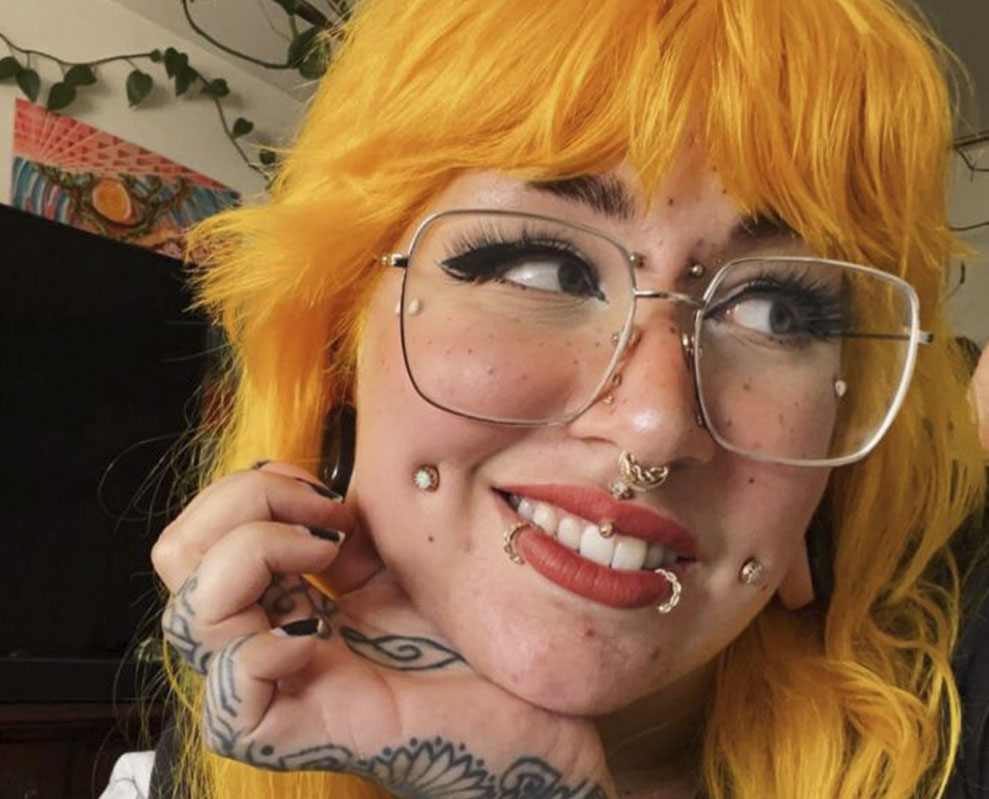 Queer history of the mullet

Whilst mullets had generally been a male-centric style up until this point, the eighties saw women embrace the hairstyle too - with celebrities like Cher and Joan Jett leading the charge - but for some women, the look had an even deeper meaning.

Even though the mullet might have gone mainstream, it still carried weight within various subcultures - including the queer community. In the Eighties, the mullet was adopted by lesbians as a queer-coded style statement - a way of safely identifying themselves to other members of the LGBTQ+ community without overtly sharing their sexuality. The androgynous look of the mullet, coupled with its rebellious history, made it the perfect look for those who wanted to step outside gender norms and embrace their identity in a safe and stylish way.

The death of the mullet

However, by the mid-90s the style had gone from mainstream to ‘must-avoid’.

It became a symbol of a person’s class, intelligence and values and became associated with - often used as a stereotypical characteristic in movies or the punch line to a joke. It was around this time that the mullet (which up until this point had had various names including the Kentucky Waterfall) actually earned its official moniker courtesy of the Beastie Boys. And before you think that the rap duo were giving the style their seal of approval, think again - the lyrics to their song ‘Mullet Head’ were hardly complimentary…

Whilst some held on to their mullets with pride during this time, the rest of the world moved on. Even when fashion-forward thinkers like John Galliano and Zendaya tried to reintroduce the concept of the mullet into high fashion in the mid-2010s, the masses refused to embrace it. 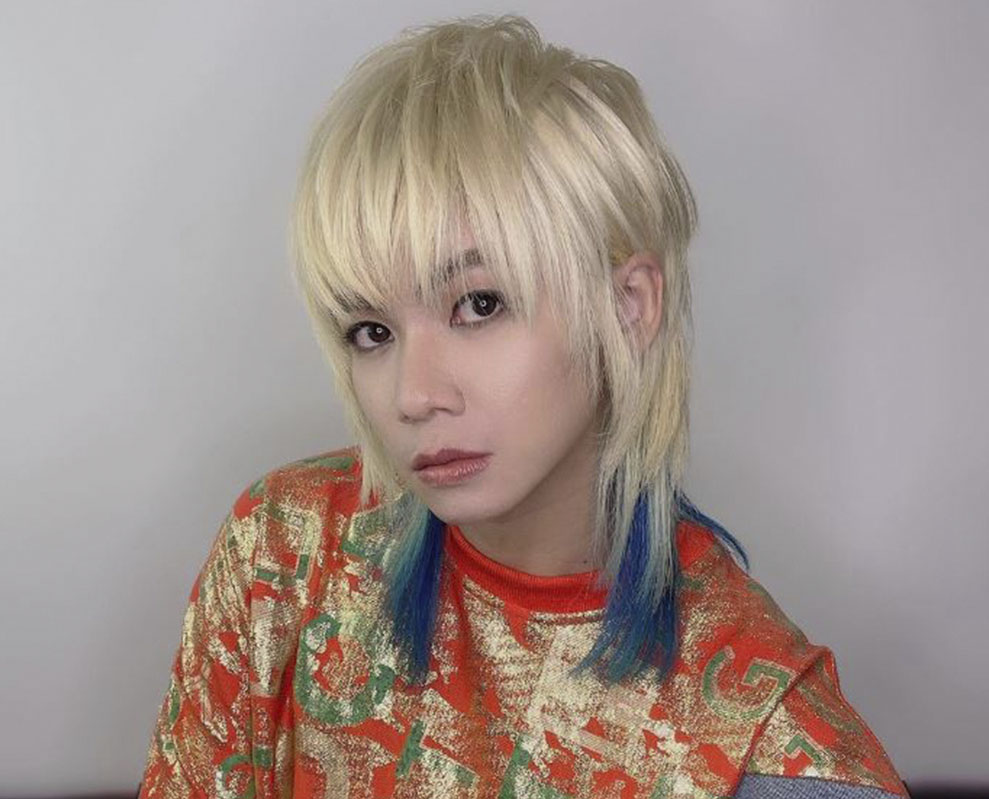 Revival of the mullet

So how did we get here, less than a decade later, to a place where ‘mullet styling’ videos are racking up 1.7 billion views on Tik Tok?

Well, there have been a few trendsetters who have played a part in reigniting the mullet's credibility. Drag Race stars including Crystal Methyd and Bimini have picked up the androgynous mantle from Bowie and given it a 21st spin fit for a modern style icon. Pop stars like Miley Cyrus and Doja Cat have also been sporting the look proving that mullets are not only stylish but can be pretty sexy too! 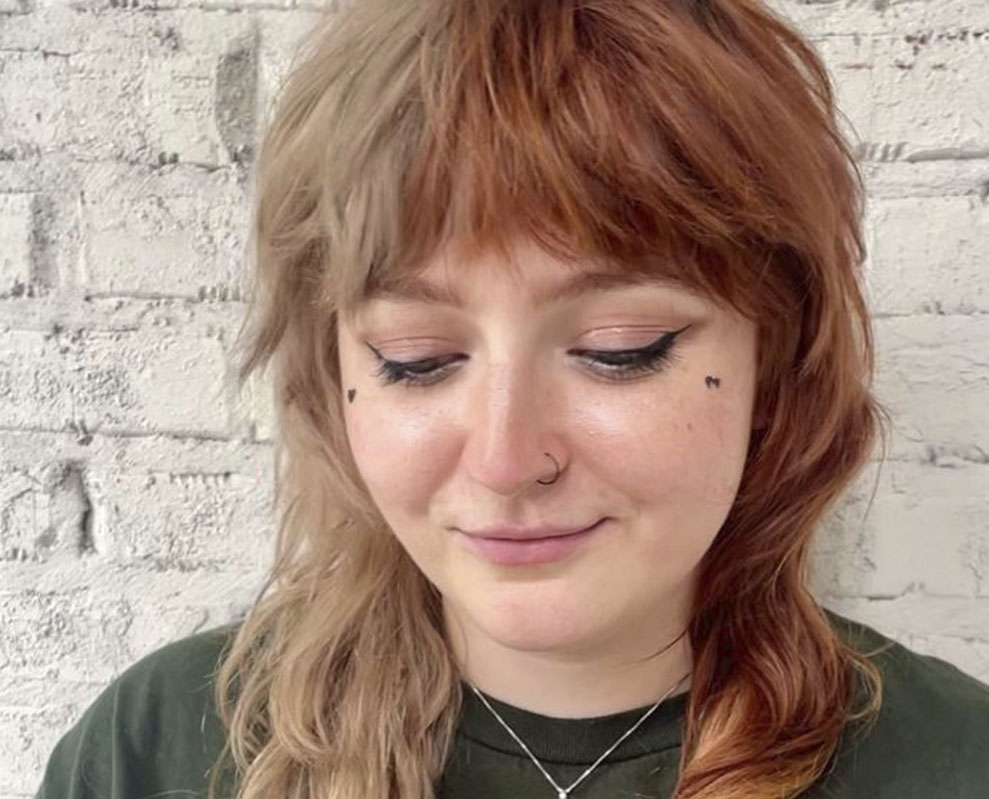 One of the driving forces in taking this trend mainstream were the lockdowns during the pandemic. With nothing to do but sit at home and watch Tiger King (featuring another mullet trailblazer, Joe Exotic) lockdown gave people the chance to experiment with a style they might not have dared to try before (and one that was easily achievable when we had to get DIY with our haircuts whilst salons were closed.) However, what started off as a jokey, pandemic time killer has become a bonafide hairstyle trend and one we are holding on to even though the pandemic is over. Ryczko - a popular stylist operating out of Hairrari in the influential Brooklyn queer community says - “mullets allow for professional forward-facing on Zoom while allowing for fun at the end of the day”. So it sounds like mullets are cool again -  and we are here for it!

So how can we care for our mullets now they’ve been fully embraced back into our style files? Well, mullets nowadays are less rough around the edges and more about ensuring a glossy, tangle-free shaggy look that’s giving rock chick rather than rock bottom.

If you’re working a mullet look make sure to wash it regularly and use our Wet Detangler to make sure it’s totally tangle-free once you get out of the shower and lock in moisture with some hair oils.Then pump up the volume with a good blow dry and add even more edgy texture with our back combing brush.