We all need role models we can look up to in our lives - people who empower us and break down barriers, so we can follow in their footsteps. For many LGBTQ+ people, it’s the celebrities who embrace their identity and sexuality with pride who give them the encouragement to do the same. This Pride Month we are celebrating the LGBTQ+ activists and icons who have used their platform to not only inspire people but to change history and their community for the better. 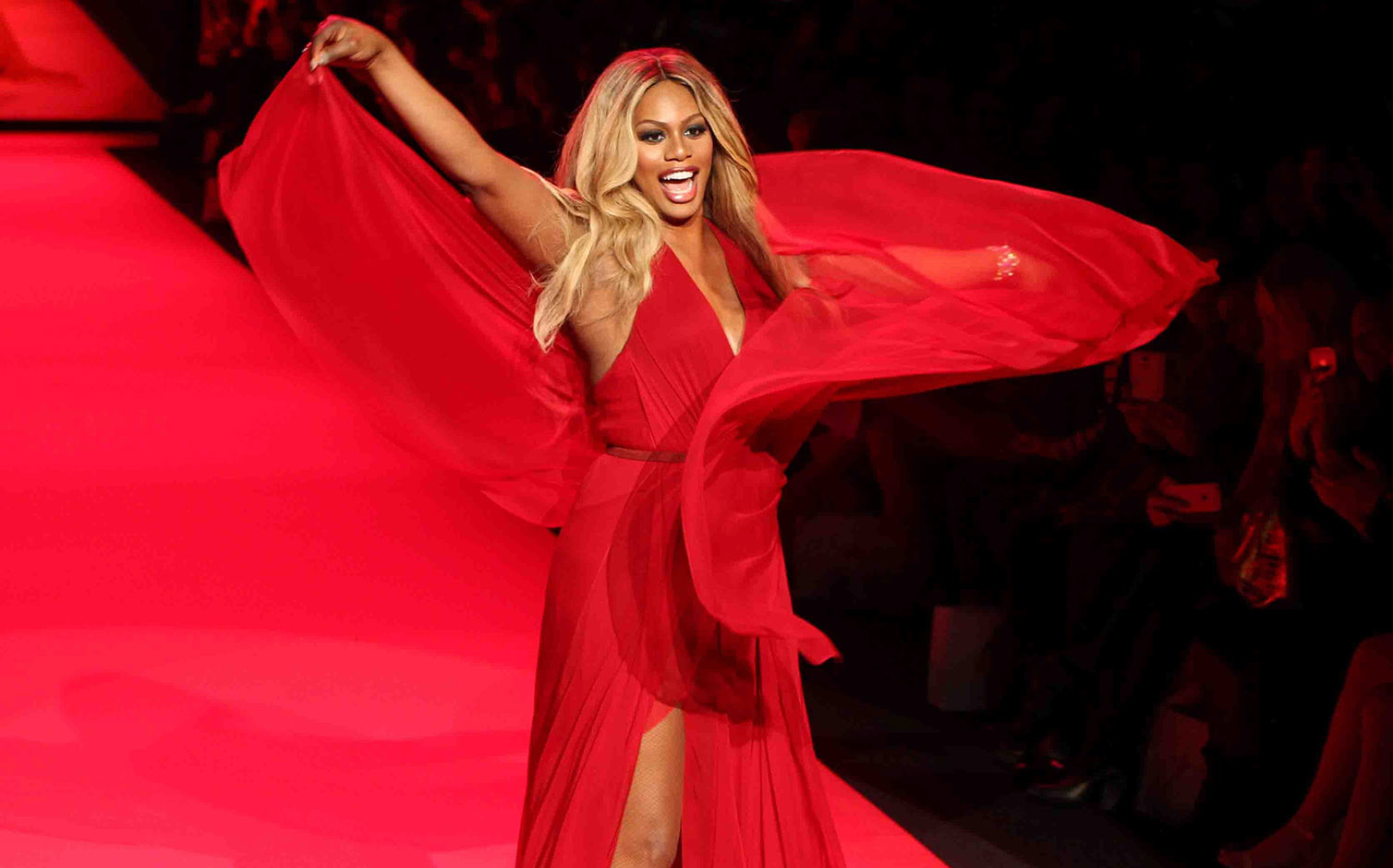 Breaking down barriers for trans visibility

Laverne Cox burst into our lives and our TV screens in 2013,  as one of the original cast members of Orange is the New Black - and became an instant LGTBQ+ icon in the process. Her role as smart-talking, mother-hen inmate Sophia Burset, saw her win praise and admiration from fans and critics alike. In 2014 she became the first openly trans person to be nominated for an Emmy and as her stardom rose, she lifted the entire LGBTQ+ community with her. Before Laverne, many trans protaganists had been played by cis-men (think Eddie Redmayne in The Danish Girl or Jeffery Trambor in Transparent). Her casting as a trans-woman of colour, in such a major show, helped break down barriers and open the door for other trans actors to represent their community with pride in the entertainment industry.

Since her stratospheric success on the show, Laverne has used her platform to raise awareness and push for change around issues affecting the trans community.  Her 2020 documentary ‘Disclosure’ took an unpresented look at trans representation in the media and shone a light on how far we have come - and how far we still have to go - when it comes to trans visibility.

Using her power to push for change

Another LGTBQ+ activist, who is doing the most over in the UK, is Munroe Bergdorf. Munroe is a model, writer and campaigner who never shies away from difficult conversations and often uses her voice to defend marginalised communities.

From tackling transphobia to calling out racism, Munroe has never been afraid to put her head above the parapet and fight for what she believes in - even if that means risking her own career. In 2017 she was dropped as the face of L’Oreal following a debate around racism. She once again challenged the global brand on their stance surrounding the BLM movement in 2020. However, this time L’Oreal recognised the power of Munroe’s perspective as a trans woman of colour and hired her to be part of the company's UK diversity and inclusion advisory board. She is also passionate about improving lives for young trans people and is a Patron of Mermaids - a charity that supports gender-diverse children and their families.

Whilst Munroe recently left Twitter after receiving intense trans-phobic abuse, she is showing no signs of slowing down when it comes out using her power to push for change.  In 2020 she was heralded as a Next Generation Leader in Time Magazine and this year will see the release of her debut book Transitional, a discussion of gender, sexuality, love, relationships and race. 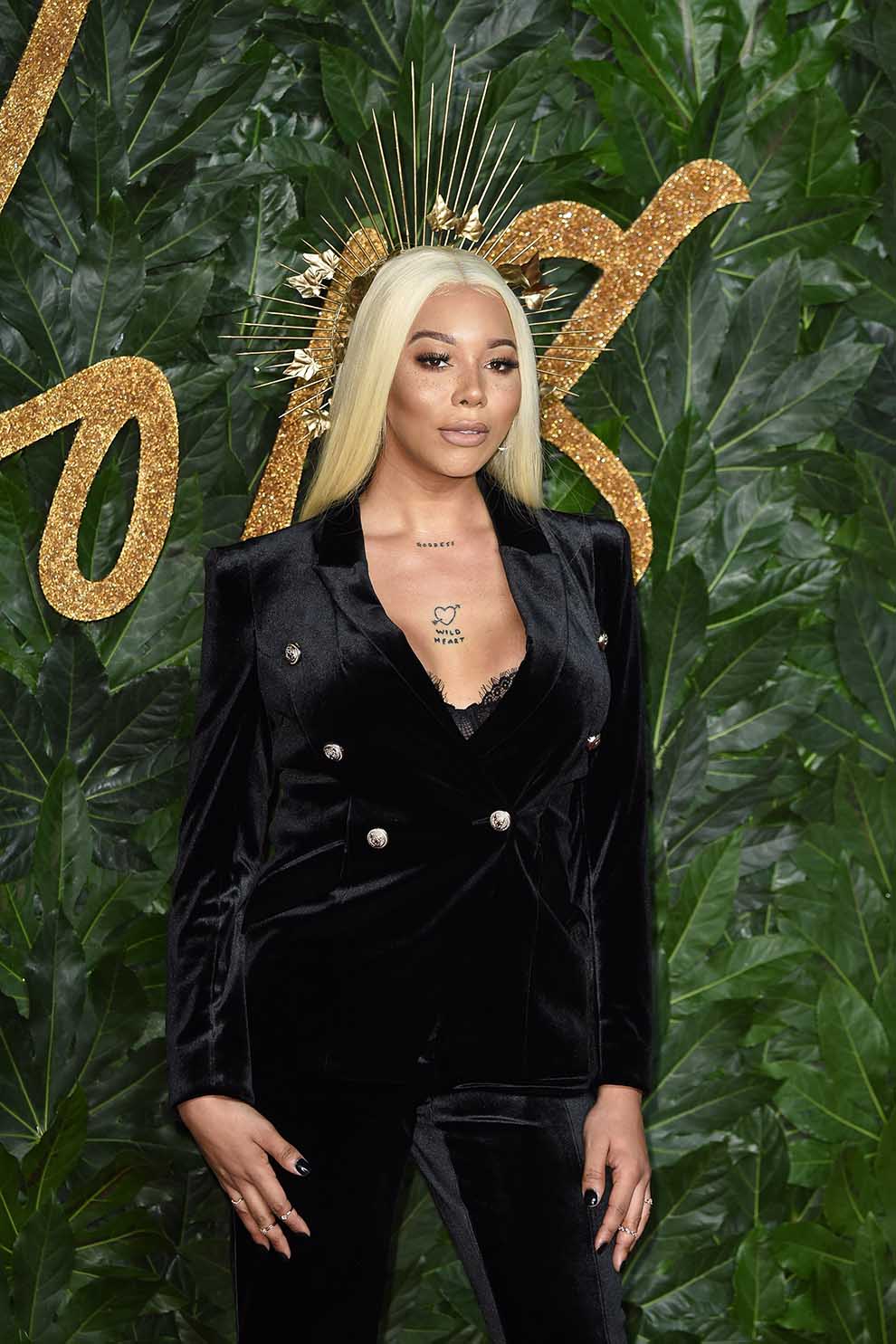 Inspiring others by living his truth

In late 2020, Elliot Page made the decision to share with the world that he was a trans-man. In a heartfelt letter posted on his Instagram, Elliot detailed the secret he had been hiding for years and finally stepped into his new chapter, living as the person he always knew he was supposed to be. He recently shared an inspiring image of him living his best life, enjoying a day at the pool, following top surgery - looking happier than ever.

Since sharing his truth, Elliot has used his platform to highlight issues facing the Trans community, with a particular focus on protecting trans kids. He is currently helping to fight against anti-trans bills in the state of Texas, which could make it illegal for parents to get gender affirming healthcare for their trans-children.

Even before announcing he was trans, Elliot was an active and galvanized member of the LGTBQ+ community - and never afraid to speak out on important issues. In 2015 he took on then-presidential candidate Ted Cruz about his homophobic views and policies and in 2019 he passionately addressed Vice President Mike Pence's stance on gay marriage and conversion therapy. We can’t wait to see what positive change he makes next. 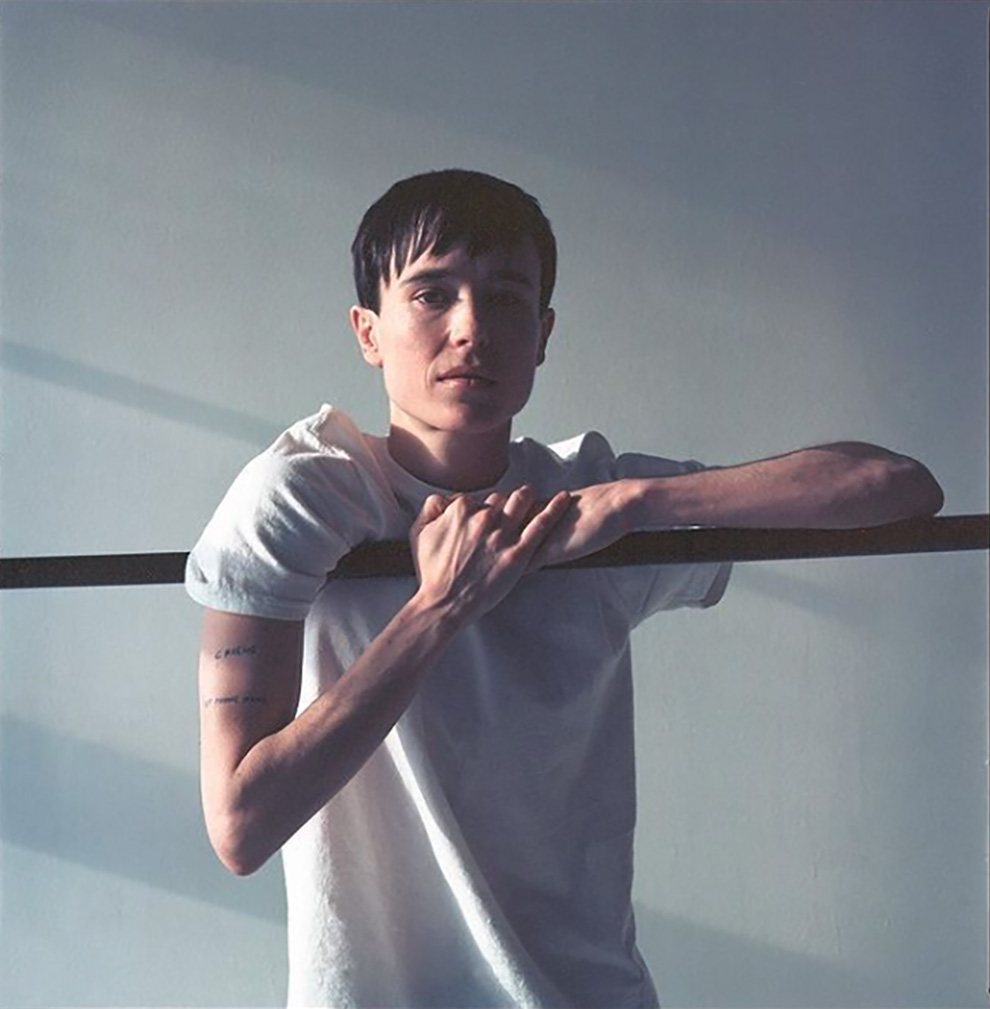 Embracing his sexuality with pride

Lil Nas is a record-breaking hip-hop artist - and a total gay icon. In 2019, his debut single ‘Old Town Road’ became the longest running, consecutive number one in the Billboard charts - but that wasn’t the only reason he won praise that year. As Pride Month 2019 drew to a close, Lil Nas decided to share his identity as a gay man with the world, with a simple tweet that included rainbow emojis - a long-held symbol of the LGTBQ+ community.

The world of hip hop has not traditionally been kind or inclusive to people in the LGTBQ+ community - with many rappers using homophobic lyrics in their music. Lil Nas X made the decision to share his sexuality at the peak of his success and visibility, a brave move that will undoubtedly empower others to do the same in the future. “I hope my actions are enough to inspire other young LGBTQ children coming up to not be afraid to be themselves,” he told Variety in 2020.

He is now embracing his identity with pride and his latest single ‘Call Me By Your Name’ is an unapologetic celebration of queer sexuality. As if we couldn’t love Lil Nas X anymore, he recently suffered a wardrobe malfunction during his debut SNL performance - and carried it off like the true icon he is!

Demi Lovato has always been a vocal and passionate LGTBQ ally (and not just because their uplifting pop songs can be heard at every Pride March around the world.) From campaigning for gay-marriage to wearing the symbol for gender neutral toilets on the red carpet, Demi has consistintely used their platform to shine a light on issues impacting the LGBTQ+ community. In 2016 they even cancelled the North Carolina leg of their tour after the state signed in laws that took away many rights of LGBTQ+ people.

However, more recently, Demi announced that they are not only an ally - but also part of the LGTBQ+ community themselves. Whilst they quietly hinted at their fluid sexuality in their 2017 documentary Demi Lovato: Simply Complicated, they recently shared with the world that they are both pansexual and non-binary. Announcing their decision to officially change their pronouns to they/them, Demi breathed a sigh of relief as they opened up their authentic selves to their fans “I feel that this best represents the fluidity I feel in my gender expression and allows me to feel most authentic and true to the person I both know I am, and am still discovering...” they explained in the first episode of their podcast 4D with Demi Lovato.  Now more comfortable in their own skin, we have no doubt that Demi is going to continue to do incredible work within - and for - their community. 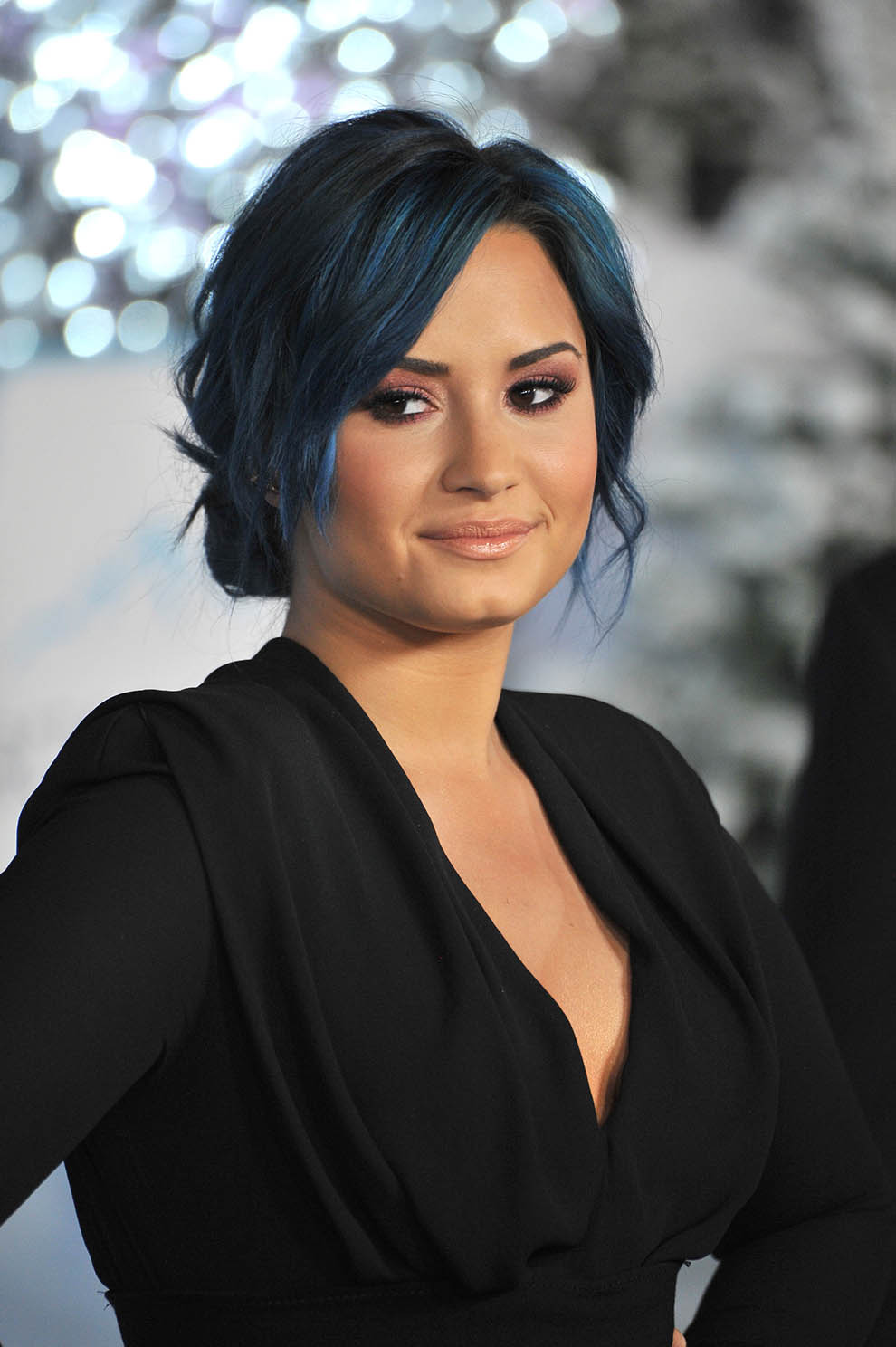 If you looked up ‘gay icon’ in the dictionary, it wouldn’t be surpising to find a picture of Billy Porter there. The actor and performer has had a real journey, escaping a childhood of homophobia and abuse to become one of the most celebrated actors in the world. Beginning his career on stage, Billy found fame starring as the lead in Kinky Boots for which he won both a Tony and a Grammy. As his profile got bigger, his style got bolder and Billy became known for pushing the boundaries of gender norms when it came to his red carpet choices. - often wearing stunning dresses and avant garde pieces that landed him on every best-dressed list.

His most recent role as Prey Tell in the groundbreaking Pose, saw him make history - becoming the first openly gay black man to win in the Outstanding Lead in a Drama category. The show has won praise for its representation of LGBTQ+ people and for tackling tough issues impacting the community, including trans murder and HIV. But for Billy, it was a case of life imitating art.

He recently shared that, like his character on Pose, he is HIV positive and has been living with his diagnosis in secret for 14 years. Opening up about his positive status, it’s clear that Billy is no longer going to stay quiet and instead is going to embark on a mission to end the stigma around HIV. “Well, I’m living so that I can tell the story.” he told the Hollywood Report. “There’s a whole generation that was here, and I stand on their shoulders. I can be who I am in this space, at this time, because of the legacy that they left for me. So it’s time to put my big boy pants on and talk.” 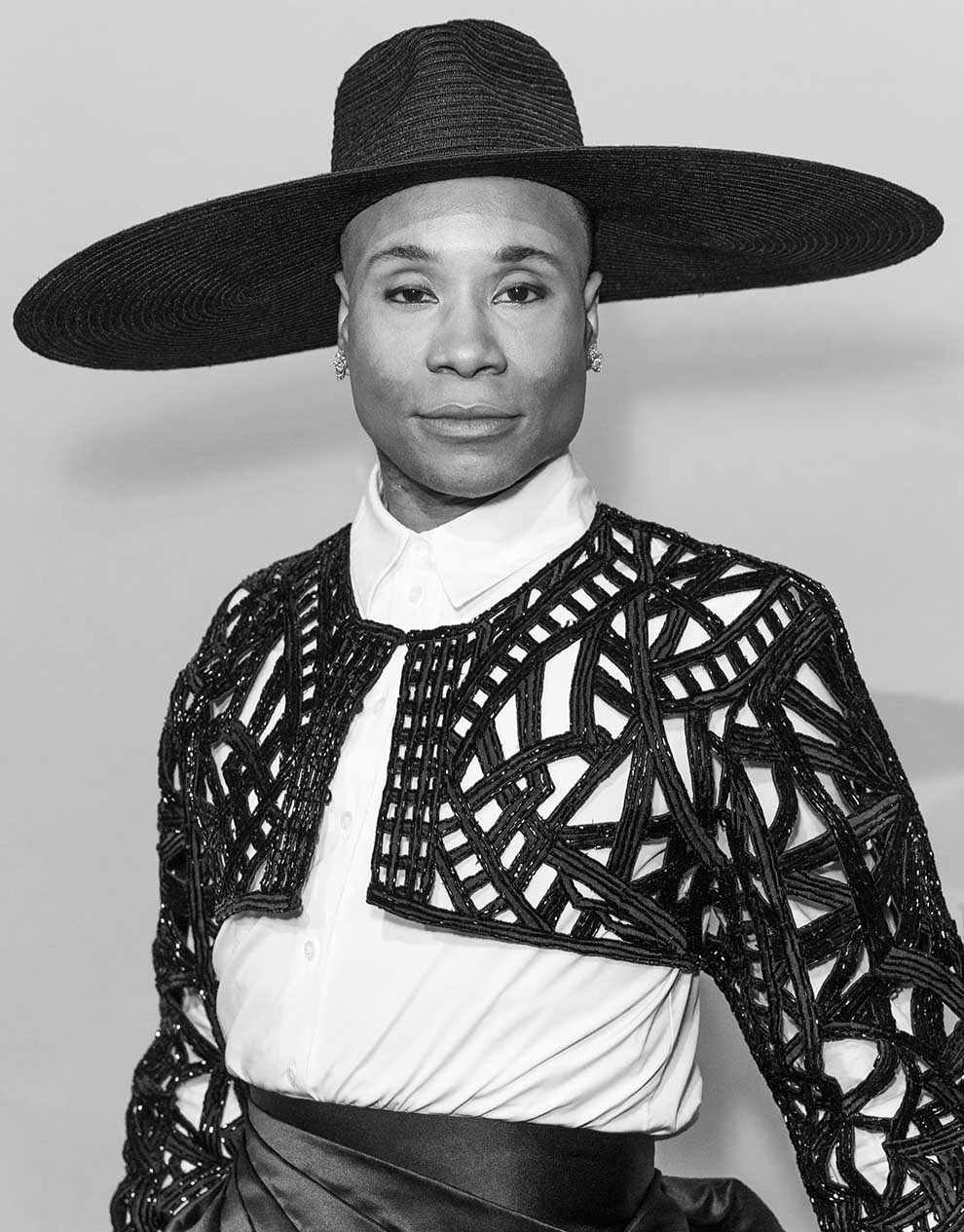